Over Labor Day weekend we worked on our fall garden. One of the great things about living so far south is that we can keep a garden going year round. The only months that it’s really hard is July and August usually we just get okra and peppers then. But that’s great for me because then I can focus on other things for those two months.

When we were starting our seeds I realized that I never did an end of the season update. I didn’t keep as good of records of yeilds as I did last year so some of my numbers are estimates. Here’s last years update.

We loved the Rutgers and will probably plant them again. Unlike the Celebrity tomatoes the Rugers don’t crack all around the stem. I like that. I really liked the Cherokee Purple they tasted really good – not too sweet- and were pretty. Next year we’ll plant them again along with Romas, Lemon Boys and yellow pear and cherry tomatoes. We’ll also plant some Celebrity. We averaged 8 lbs a plant last year with the Celebrity so even if I have to buy transplants it would be worth it to have 6-12.

We had a few tomato hornworms and leaf footed bugs.  We’re going to try to plant hyacinth beans near the tomatoes next year.

I don’t think our spaghetti sauce that we canned will make it all the way to next summer so we’ll need to can even more next year.

{Green Beans} Our green beans did pretty well. We were able to can a few quarts of them. Our neighbor children helped me plant them and I don’t think they got planted deep enough – the plants keep kind of falling over.

We planted bush beans instead of pole beans this year. Next year we need to plant two beds of them instead of just one.

{Cucumbers} I was in a hurry to get the cucumbers planted this year and so I just planted them in some pots near the fence. They did terrible – I’m sure it was from lack of water. We planted Armenian cucumbers which are super long and thin and have a thin skin. The 2 short ones we go tasted really good.

{Summer Squash} Our summer squash did wonderful. After last year’s bout with the vine borers I over planted and then we had tons of squash. It was fine, though, because we were able to bless others with it. We harvested 237 lbs of summer squash. We dehydrated some for soups this winter and we grated some to freeze to bake with…Phoebe makes really good zucchini brownies.

{Onions} I had such high hopes for our onions but since we planted them really late they were all pretty small. I’m starting my own transplants from seed this year. I already have them going and will plant them in the beds in October. Hopefully we’ll have larger onions next year.

{Cilantro and Basil} The cilantro bolted really fast and since I planted the basil with the tomatoes they really didn’t get enough sun until the tomato plants died back. And now they’ve bolted. ugh. I’m replanting both of these in the fall gardens. I don’t know what we will do without  pesto on our pizza.

{Carrots} No carrots to speak of, we planted too late.

{Peppers} The peppers were also planted in with the tomatos and didn’t do very well.

{Garlic} Our regular garlic was super small this year. We planted too late. We’ll be planting next years garlic in October.

{Potatoes}   Our potatoes were a failure. My idea of not tilling just didn’t work. We planted 20 pounds of potatoes and harvested enough for 2 meals – not even 10 lbs.

We did plant sweet potatoes this year and the person I asked to plant them didn’t do it correctly so we lost most of our slips. But the ones that did grow had beautiful vines. Then a small fire happened in our back yard and burned all the vines.

{Melons} We grew a few honey dew melons from some transplants we bought at the store. They were very, very good. Next year I need to make melons a priority.

Overall, I’m pretty happy with the garden. We’ve had a lot going on this year. Some things like the onions and garlic should have been planted last October but we were moving and so we waited until February. The plants that were planted in a hurry, specifically the potatoes and cucumbers,  didn’t do well and I knew I was taking a chance.

On our list of fall/ winter garden projects is to make some raised beds. I don’t want to spend all my time weeding and I don’t want to have to wait on a big boy to till or the rain to stop to till. I also want to have walk ways through the garden covered with mulch so there’s no mowing and no sinking in mud. I don’t know how many we’ll get built but hopefully we’ll get a few. 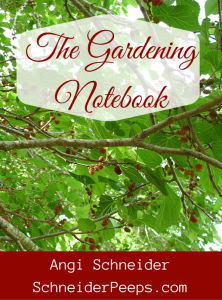 I found out that cilantro when left to go to seed is corriander seed! If you haven't pulled it yet, just dry the seed and bottle it.

Thanks for the tip. I've never done that because I've never used corriander seed. When do you use it?

Love this garden update - the good and the bad. I would love to grow melons, but we haven't had luck so far. I am just starting a new homestead related link up, and would love you to join. If you get a moment, come by and check it out! http://www.simplejoyfulliving.com/2012/09/backyard-farming-connection-bees.html

Thanks, Gretchen. I'll check it out.

Thanks for this - I enjoy reading things that worked - and didn't work - for other gardeners! I hope you get your raised beds - I think you'll love them! :)

I hope to get some too. I'm thinking about getting the guys at Lowe's to cut the wood for me so I can get a couple in this weekend...even if I don't have any big guys around.

I've nominated you for the Liebster Award! Check out my post at ladybugsabode.wordpress.com .

What a wonderful update on your garden. I always enjoy hearing how you all do with gardening. I can't get over the amount of tomatoes you got! That's a lot of tomatoes!

Thanks, Rachel. We really did get alot of tomatoes and yet, the spaghetti sauce isn't going to make it through the year.