Our garden has pretty much had it. We still have okra and peppers coming in and a random tomato or squash much everything else has been burnt up. So here’s an update of our vegetable garden…

{Tomatoes}  The Celebrity tomatoes definitely gave us the most bang for our buck. We got 48.5 pounds of tomatoes off 6 plants. The 119 pounds from our friends were also celebrity. They planted 30 plants and estimate that they probably harvested over 300 pounds. We will be planting at least 30 celebrity plants next year for canning. They are more watery than the Romas but they did much better. The Lemon Boy tomatoes tasted great and even though we didn’t get very many of them we will still plant a couple of plants, same with the yellow pear tomatoes and the heirloom tomatoes. We will just use these to eat fresh. The Romas did terrible this year – it might be because they got moved when the watermelons took over. We’ll probably plant one or two plants next year just to give them another chance. 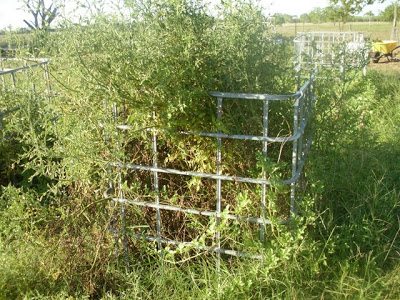 {Green Beans} The green beans did terrible. We had beautiful plants but very few beans. I will have to do some research before we plant these again. I have a friend whose 9 year old daughter planted a lot of pintos in their garden for fun and they had tons of beans. Maybe we’ll do that and just take the strings off when we prepare them.

{Cucumbers} Again, these were terrible. I planted a pickling kind this year. Next year I will plant regular cucumbers and just pick them when they are small. That is what I did last year.

{Summer Squash}  Our yellow squash did great… until the vine borers hit. That was the same for all of our summer squash. We injected liquid bt into the vines and have not seen any new grubs or moths in a few weeks. Hopefully we have eradicated them. We’ll till up the squash beds several times during the fall and spring to hopefully kill any that are overwintering in the soil.

{Winter Squash} Our winter squash had similar issues as the summer squash. I have one lone small spaghetti squash – thanks to the vine borers and earwigs. Last year I had 12, plus 5 pie pumpkins. We’ll also be tilling up these beds several times. 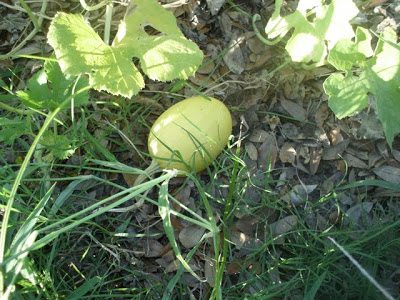 {Onions} Our onions did great – except the few that bolted. We’ve already eaten all of them, so this fall we need to plant about 300.

{Cilantro and Basil} both of these did great. We froze the cilantro to use throughout the year in cooked food and we made a years worth of pesto with the basil.

{Carrots}  The carrots had trouble germinating and so we didn’t have very many. We also didn’t weed as diligently as we should have so it became a weedy mess. As the heat rose they began to get a little bitter so we fed them to the chickens. Next year we will use burlap to help them germinate and, hopefully, keep them weeded better.

{Peppers} The cayenne peppers are still going strong. We’ve given up on weighing them but I we can easily pick 40 peppers a week from 4 plants. The banana peppers are doing well. We eat more of these and are picking 3-4 each week from 2 plants. 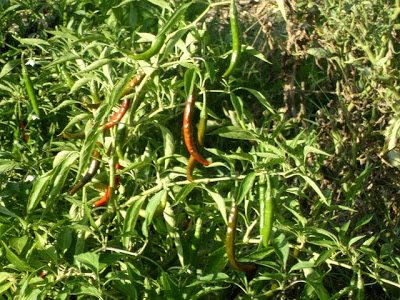 {Garlic}  Our regular garlic was a failure this year. Next year, we will order garlic bulbs instead of just buying them from the grocery store. The elephant garlic did well.

{Potatoes}  We got 30 pounds of potatoes from a 10 pound bag that we planted. These were just from the store and so we weren’t sure how they would do. I think potatoes may be the easiest thing I’ve ever grown. They didn’t store long, though. Next year I’ll order seed potatoes and research to find out what kind stores best when you don’t have a cellar.

{Corn}  Our corn was okay. I didn’t put mineral oil on the tassels and the corn worms got it. We didn’t like the flavor. I know this will sound funny, but it was kind of starchy, gooy in texture. Yes, I know that corn is a starch. However, the corn I bought at the store (locally produced) was much juicier and sweeter. It may have been from not getting enough water? I’ll have to research it. If we can’t grow corn we like there’s no sense in planting it. If we plant corn next year we’ll put soaker hoses in that bed.

{Okra}  The okra is doing great. I wish I could have planted them a little earlier so that we could have been enjoying them earlier. 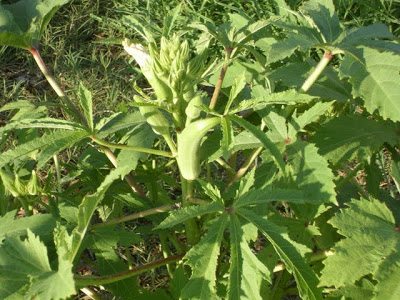 {Melons}  We had a beautiful watermelon patch that literally took over 3 other beds. However, we have not had one ripe melon. The vines are dying and the melons which should be ripe are still white. Very disappointing. We had this happen last year with some of our melons. I know their getting enough sun! Again, we’ll have to do some research this winter and try to figure it out. We have not had this happen when we lived in other places so it might be the soil. When melons are selling for $5 each at the store it is worth my time to grow them.

Overall, we’re happy with the garden. It certainly wasn’t as productive as we had hoped but for being in the middle of a drought I think it did okay. Officially, we’ve had about 7.5 inches of rain so far this year. Normally, we have about 29 inches by now. I think our homemade irrigation system really helped.

So how is your garden growing?

To see other great gardens, check out Frugal Gardening 101 and Garden Party Tuesday.

You did great with your garden except for some failures on some veggies. At least it wasn't total failure since some veggies were thriving. Unlike mine wherein I got nothing. Hope I can do better next year.

Great post! I really love reading about other people’s gardens. My garden has had its share of problems but I have been so very pleased with my results. In fact, I have been so pleased that I am considering starting a fall garden.

Thanks, Rachel. I'm trying to keep it all in perspective.

You did have more cucumbers than I did.

It may not sound productive to you, but to those (unmentionable black thumbs) who have nothing to show for their work. Your garden looks like Eden.