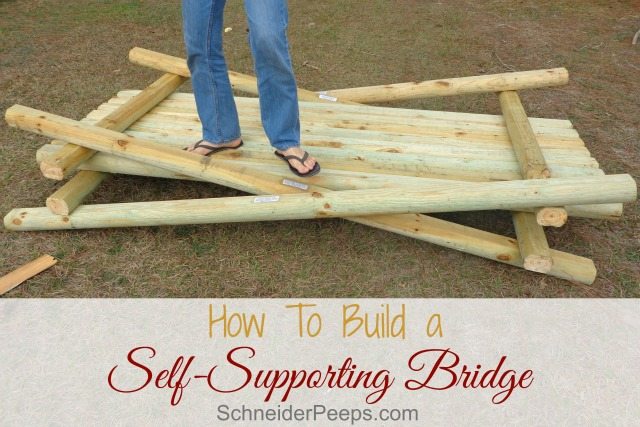 Gabriel has decided to use it,  so we brought it out and made sure it was all up to par. Then last week a reader asked about it, after seeing it in the post about Christian’s Court of Honor. I started to type out instructions and it was complicated. So I decided to put it together and take pictures as we go.

You need 14 landscaping timbers. You will cut 2 in half. So, to build the bridge you need 12 long timbers and 4 short timbers. 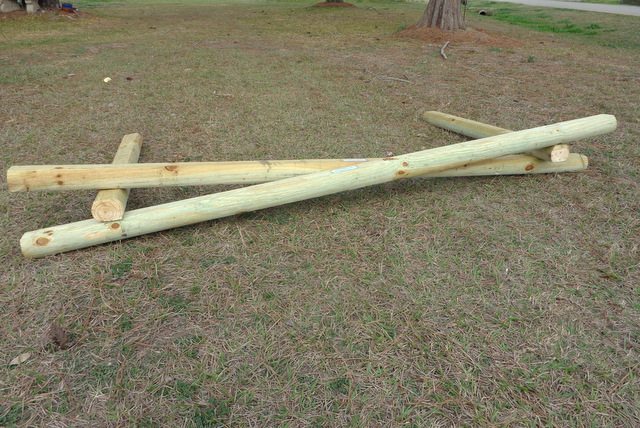 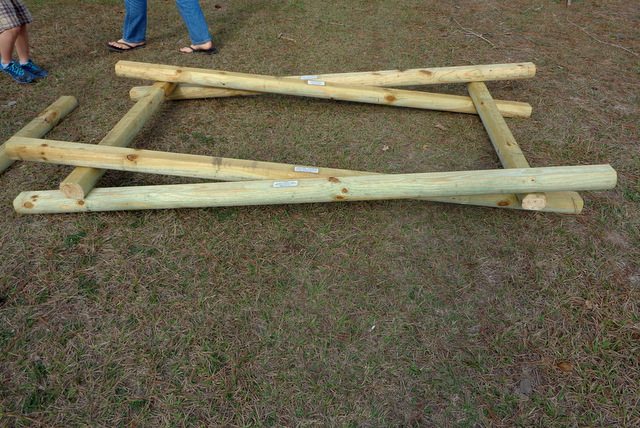 Now, make an X on the other end of the short timbers. If you are using this as part of a scout ceremony each boy will read his part and then put the timber where it’s supposed to be and straighten up the bridge as needed. 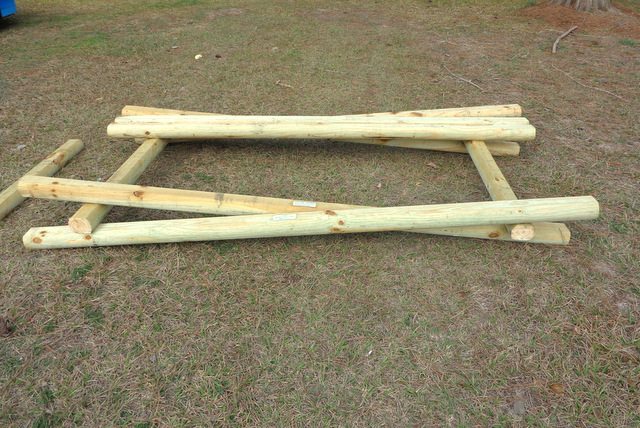 Lay the other 8 timbers on the top of the two short timbers. 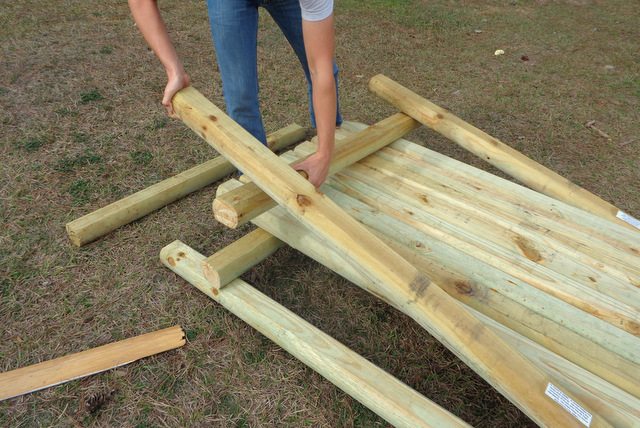 Now it’s time to put the third short timber on top of the 8 long timbers but under the top of the X’s on the left side. 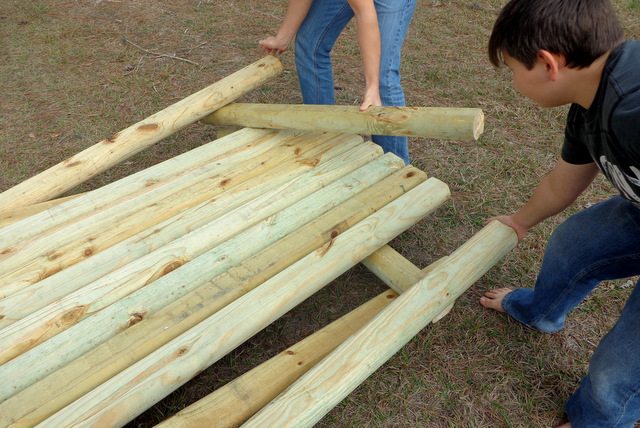 Now, do the right side. You might need to pick up the X a little. 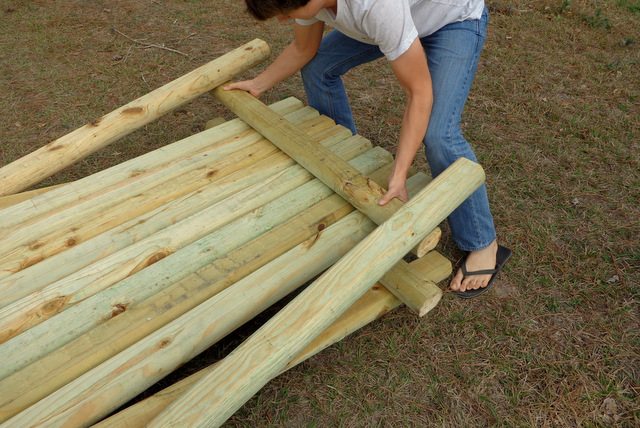 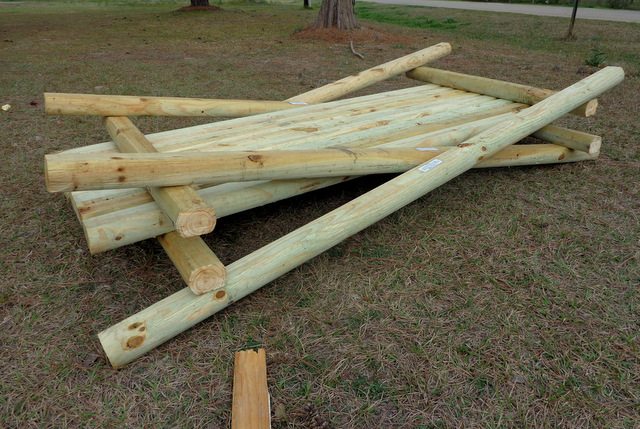 You’re done! The bridge is very stable and strong. We’ve had as many as 10 teenage boys on the bridge at once and it did fine. Having said that, I have no idea how it will do over time if left outside. However, I do think it would be a cool bridge for a little creek crossing. 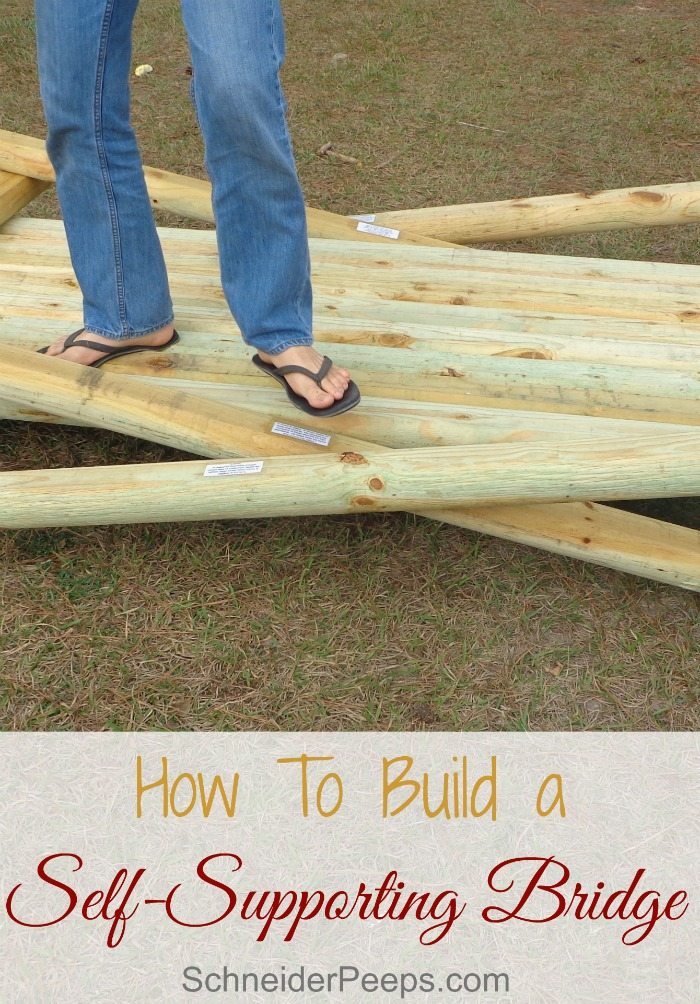 Any idea how big this can be made and still work?

We've only made them with 8' long landscaping timbers, so I really don't know beyond that.

Congrats! We're pinning this one - maybe my little Cub Scout will make this one day...

Thanks! I bet he will - the hardest time to stay motivated it the second WEBELOS year. Once they cross over, it's super exciting again.