Categories In the Garden, Tips 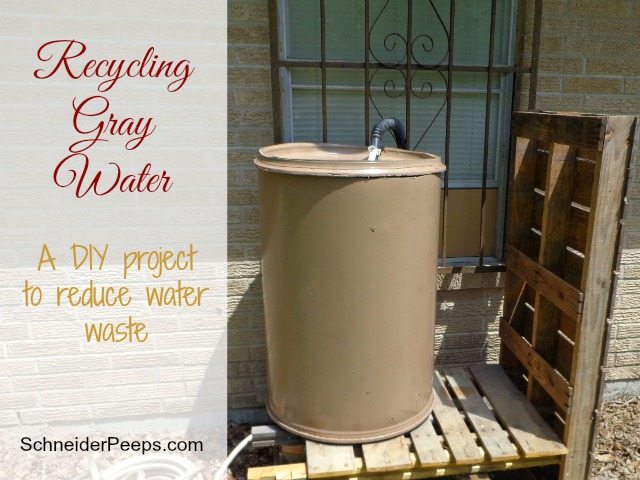 When we first moved into this house we moved the washer and dryer out to the garage so we could covert the large mudroom/pantry into another bedroom for Christian and Josiah. Since this is really only a temporary situation we didn’t want to go through the expense to tie the washing machine into our septic system. Also, I don’t want to overload our septic. So, we’ve had a hose that drains our gray water on to the ground and I move it around some to water as much as I can.

It works ok, but it’s kind of ugly and the hose is only so long. So, I’ve been thinking about what to do that will fix both those problems and wouldn’t cost much. Here’s what I came up with for recycling water. … 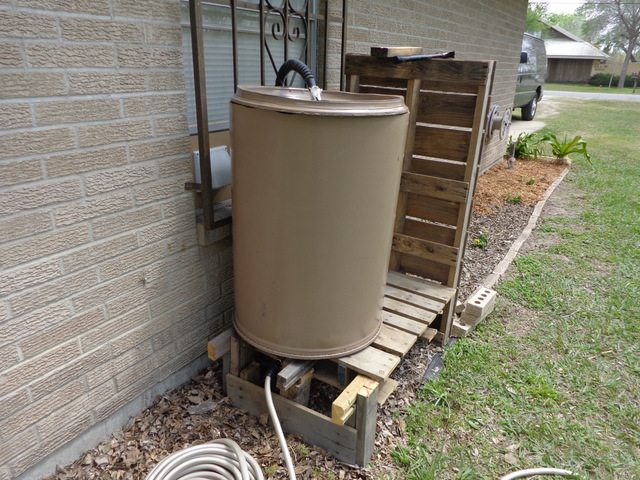 Total cost…$0.27 for everything but the water hose. The 100 foot hose was $28. I had everything else around the house, I just needed to convince Carl that I really did want this done. 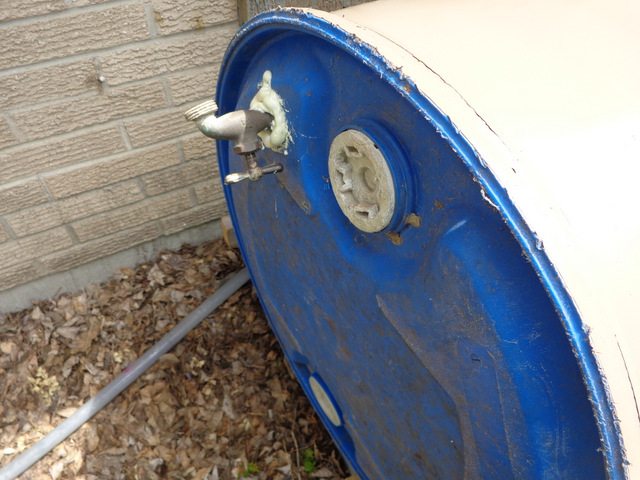 Here’s what Carl did… 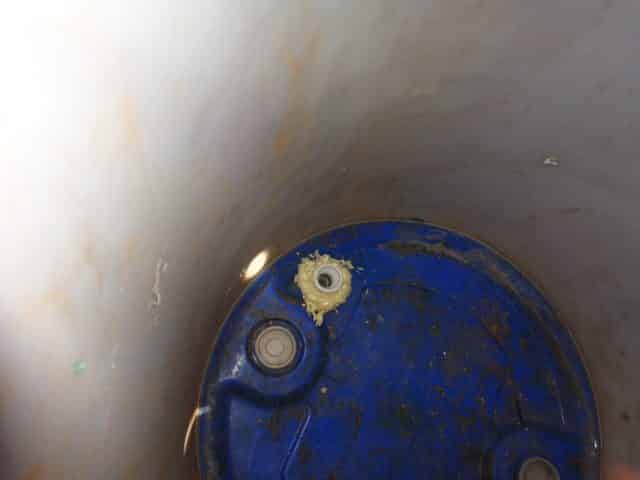 Here’s what it looked like from the inside. I thought about washing it the dirt out and then decided against it. 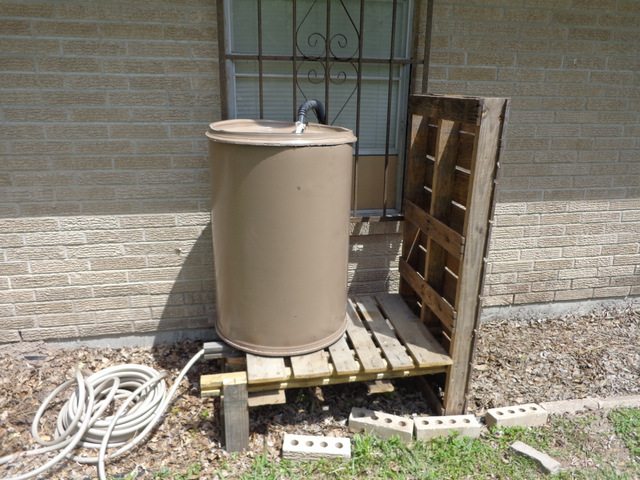 Build a little platform for it to sit on. 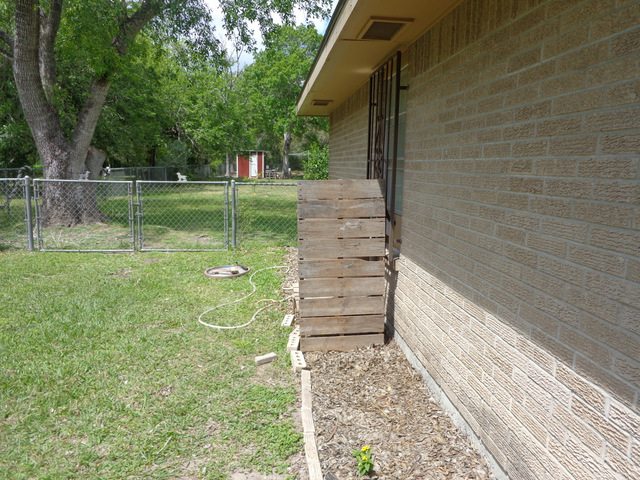 Here’s the front. I’ve sown some morning glory seeds in front of the pallet to grow up onto it. Because, it really is all about being cute.

I’m just leaving the faucet open all the time so the drum won’t actually hold the water for very long. With the longer hose I can water all the citrus orchard, the side yard and a part of the front yard. We do an average of 3 loads of laundry a day, 5 days a week so that’s quite a bit of watering. I also use a homemade laundry soap.

Have you ever used a gray water recapturing system?

What would you do when the temps get to freezing? Is there a way to switch the system back during times the hose would freeze? Also, there are mesh filters that could go on the end of the hoses which could help with the unwanted guests. :)

Great questions, Emily. I live where the winters are mild so I've never had the hose freeze. I'm guessing if you live where it freezes you would need to set your system up in such a way that you could switch it back, or make sure the hose is completely empty after using it. I'm sure you could put a mesh filter on the end, we've not had a problem with anything crawling up it.

Great article and helpful instructions. I've been interested in water conservation for quite some time and have many things in place to conserve water here on the ranch. I've heard about capturing washer gray water but could never really figure out how to make it apply here. The instructions you've shown here are very detailed. Thanks for sharing!

Wow - this is inspiring and creative. I would love to try this sometime.

Hello, I just found your blog. We save our laundry water, also. Almost the same way, only we just put our drain hose out our dryer vent, since it's still in the house. We use homemade soap during the winter when we are not saving our grey water, but then we use Biokleen during the times we are using our water. We use ours to water our garden and fruit trees. I just did a post about soaps for grey water you might be interested in. http://5kidsonanacre.blogspot.com/2013/04/laundry-soap-grey-water.html Now I'm off to check out your blog, it looks awesome :)

I'm just now seeing this article but I'm glad you posted something about soaps. That would be my main concern with using gray water is the soap harming my plants.

Out the dryer vent is a brilliant idea!

Thanks, April. I actually read that article, it was super helpful. That's cool that you can drain it out your dryer vent.

I WANNA DO THIS!!!Great job!

Thanks, Daisy. You should do it. The hardest part was convincing my husband.