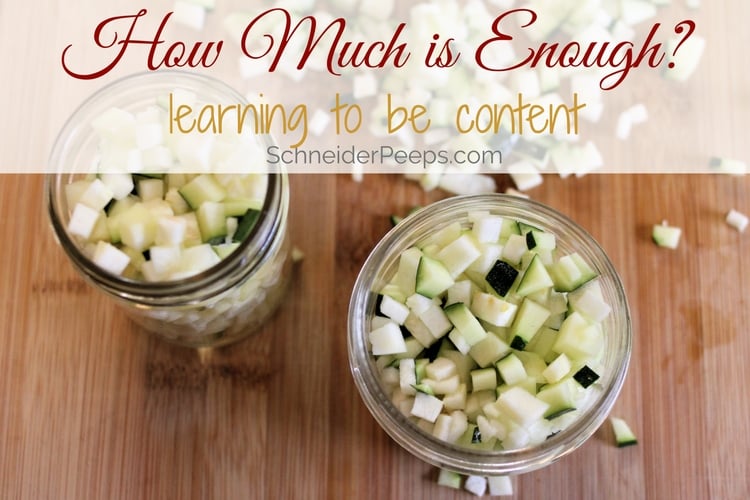 How much is enough? And what does enough mean anyway? These are questions that often go through my mind and I wonder if they go through yours too?

A few years ago I was talking with a lady from church about canning the elk her husband had brought home from a hunting trip. She later brought me a few jars to try, it was her first time to pressure can and she was super excited about it.

She had canned the elk stew in pints and make the comment, “One of these is enough for our dinner.” I’ve heard this woman say something similar about the size of her home and the size of her garden…it’s enough.

There’s a contentment in the way she says “it’s enough.” There’s not a longing for more but a true appreciation for what they have. And there’s not an overwhelm in her voice because she already has too much and any more will just add to the clutter. No, there’s contentment when she says, “We have enough.”

Now, let me be clear, this couple is retired but isn’t struggling financially. They worked hard during their working years, saved their money, and now in their golden years they have enough….even though they could easily afford more, they choose to be content with enough. 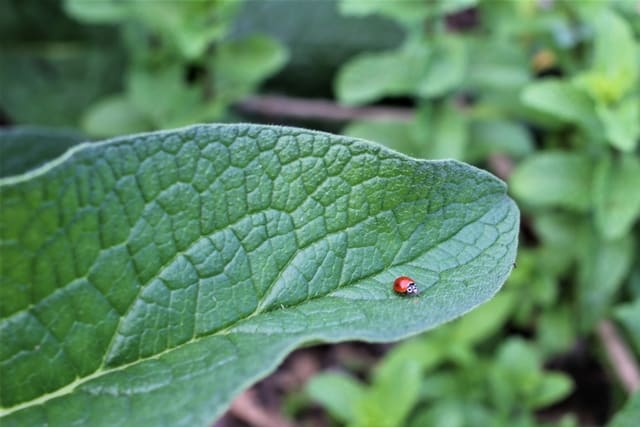 I think the idea of being content with enough is being lost in our society. There is always something more you can buy, do, or achieve. I’m all for doing your best and working hard, in fact, I’m a pretty driven person. So I’m not talking about complacency, contentment with enough is different that that.

Well, it depends on your definition of enough. If enough means adequate then how much is enough will be less than if you define enough as all you can get. 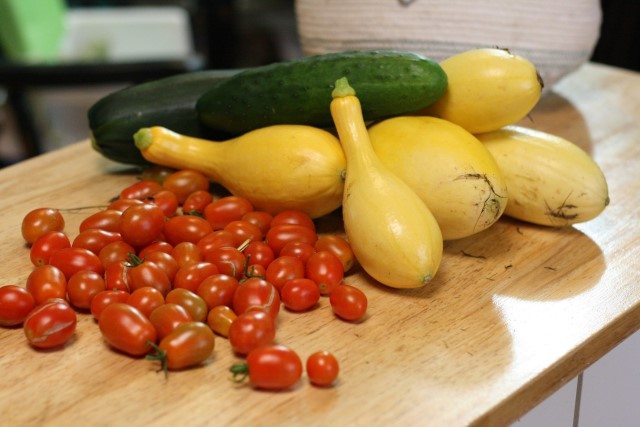 Most people think about enough in financial terms, so we’ll start there. You can always earn more money, but you’ll sacrifice other things like time with your family striving for all you can get financially. If enough means adequate then how much money do you need to pay your bills, save for emergencies and retirement, and give according to your beliefs? Then that’s how much is enough.

If you’re in debt then you might need to do a side hustle or work overtime in order to get rid of the debt. For the most part, debt is an indication that we’ve been living thinking that enough means more instead of adequate.

I see this all the time in the homesteading circles. There’s a push for more; more animals, more acreage, more garden space all for a romanticized view of self sufficiency. But is it really self sufficiency if you can’t pay the mortgage or pay your other bills because you have animals to feed? Truly, it happens. Homesteaders are notorious for living on the edge financially and their dream eventually becomes a nightmare. 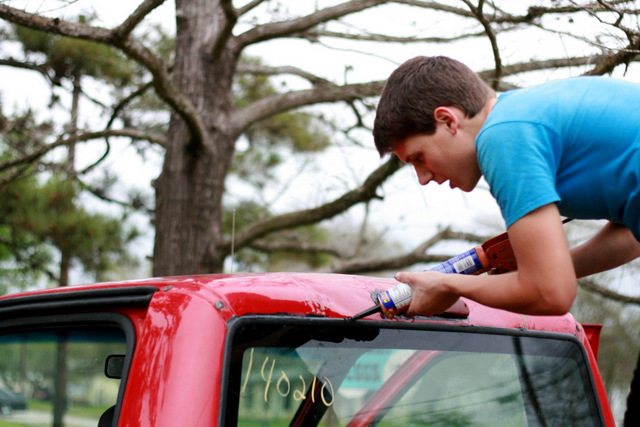 This is another tough area in our culture as we have falsely believed that more education is always better. More isn’t always better, sometimes more is just more.

There are many reasons for learning but one of the most important reasons is that it should prepare the person to be a contributing member of our society. Education is a means to an end, not the end itself.

There will always be more that you, or your children, can learn.

It took me a while to figure out that just because something was good for my child to learn and we had time in our schedule, it didn’t mean we should participate. Unfortunately, we spent a couple of school years trying to squeeze in all the great opportunities instead of prioritizing and picking a reasonable amount.

We’re graduating our fourth child this year, so we’ve been in the thick of applying to colleges for a while. One book that really challenged my thoughts on college is Debt Free U by Zac Bissonnette,  He shares a lot of data and studies that show that what college you go to has very little effect on your success in life. There’s not just one “best” school for whatever you want to study and you have to go to that school or you’ll never make it in life.

How many people are going deep into student loan debt to study at a certain school when a less expensive school would have been enough, or adequate? How many people are stressed out because their child has gaps in their education and they are trying to fill them, instead of realizing that we all have gaps in our education?

How much education is enough? Here’s a hint, does it help you (or your child) reach the goal of what they want to do? 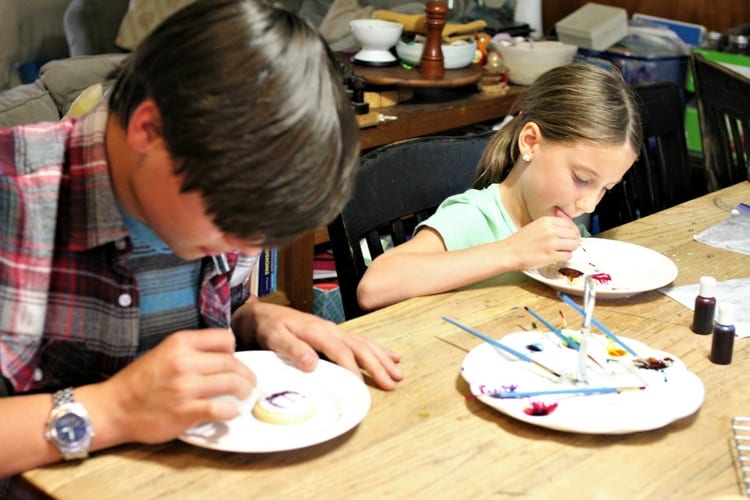 Decluttering your time is often harder than decluttering your home. There are so many good things to be involved in. And if you’re living a handmade life then there’s quite a bit of work that has to be done.

But everyone should have margin in their life. My husband often says, “You can have it all, you just can’t have it all at the same time.” It’s so true. We have to make choices with our time.

This is one of the reasons we don’t have more animals. Animals take time and money. My husband wants a goat. He thinks we can just let it roam and eat the yard so we don’t have to mow as much. But you can’t have just one goat, they’re pretty social so you need more than one.

Here’s the deal though, I don’t mow… and neither does he. Our teenage boys do and they don’t mind it one little bit. But if we had goats one of us would have to tend to them daily. Even if it only takes a few minutes a day, that’s still one more thing to do. Maybe we’ll have goats one day, but for now chickens and bees are enough.

I have a friend who likes to say, “You can always make more money, but you can’t make more time.” I think of this whenever I find myself rushing to fit everything in. And sometimes it means we have to give up good things in order to keep margin in our life.

Every time we say yes to one thing, it means we say no to something else. We need to make sure we’re saying yes to the things that really matter.

As we begin this New Year, I find myself asking, “How much is enough?” Are you asking that? 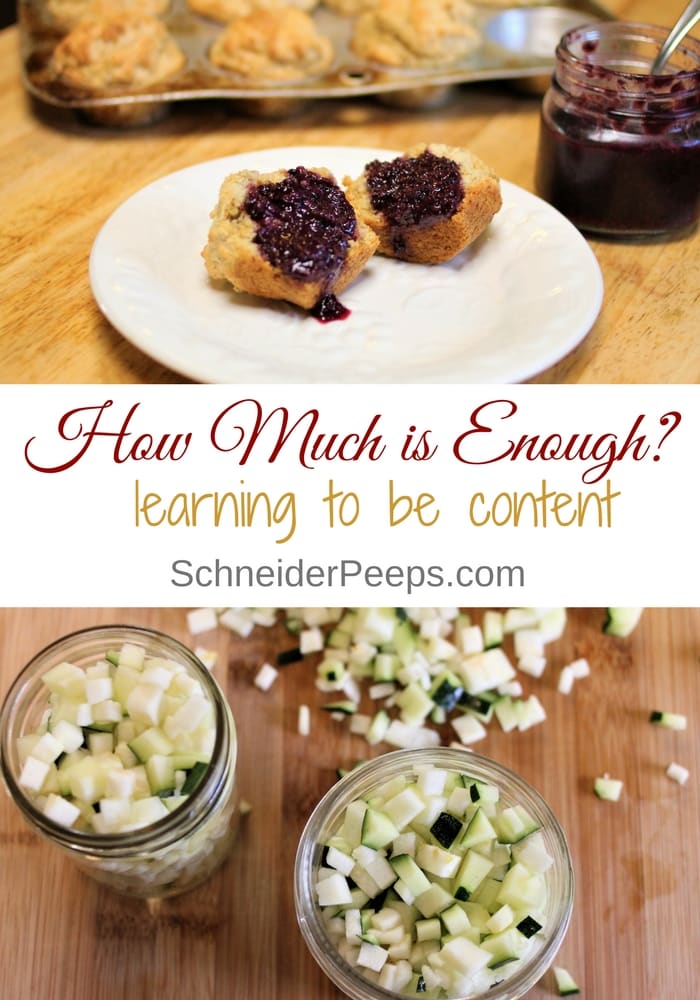 Glad you liked it!

After growing up in a household where the adults were always climbing the next step on the career ladder, one was buying bigger and bigger adult toys among other issues, and the other was often traveling for work for weeks at a time, I realized that none of us were happy and none of us actually wanted to be together in that home that they had worked so hard for. It was a sort of gradual revolution and realization in my head that I didn't want to live like that and over time, I've worked on things that are important to me that are often at odds with them.

It's still not all daisies and rainbows, no one has that, but home and my goals for homelife are a lot more peaceful if more modest. I still shock old friends and my parents continue to not understand and that's okay. Keeping up and surpassing with the proverbial Jones' isn't what makes me tick. I won't say that I don't have a threshold of needs, like enough to eat or living in a small house in a safe neighborhood, but it's vastly different from what I grew up with and so am I, thank goodness.

Changing Gears- I can't remember, do you have a dog or dogs? I had a pygmy goat and it bonded with my dog, much to the grumpiness of my older dog at times, but they watched out for each other none the less. On the other hand, I had the goat house trained and the dog was an indoor dog, so they were always able to be together. If I separated them for some reason, they were not happy, which could have been an issue if I wasn't able to take them both to work (that was hilarious, when the public would see the train of me followed by the dog, followed by the goat), or safely leave them in the house together. (And when I say safely, I mean baby locks on all of the cabinets and doors to bathrooms shut for the goat because she would get into everything, even the toilet paper would be strewn everywhere if I didn't shut the bathroom doors!)

Yet, there were some things to learn that this city girl had to research because she wasn't like any animal I'd ever had, but it wasn't that much of a strain on my budget which is always tight. Anyway, my point was to say that yes, you're right, they are social. However, they bond with other animals and people as well. She was a joy and I get tears in my eyes now, 15 ish year later thinking about how I wish I'd built taller fences and miss her. I ran out to the store for a quick trip to the store and she jumped the fence, probably not used to being left behind, and was hit by a car. So use a leash or have really tall fences!

Thanks for confirming my thoughts on "enough" and supplying me with more ways to explain it to others. May we and our families always have our versions or "enough". :-)

Gwen, thanks so much for sharing your sweet memories of your goat. I had no idea they could be house trained or that they would attach to a dog for companionship.

You're welcome, Rose. Enjoy your retirement!

I love this idea. I have recently come to this conclusion -- less articulately -- about work. More work, more money... why? I worked 240+ hours of overtime last year and I decided I prefer to work less and make less. I don't need the stress or time-suck in my life. Enough is enough!